She-Ra and the Princess of Power; Take Two

This is an opinion article piece. Amelia Payne is a student at Mendham. All opinions expressed in the following editorial are his own and do not necessarily reflect the views of The Patriot. 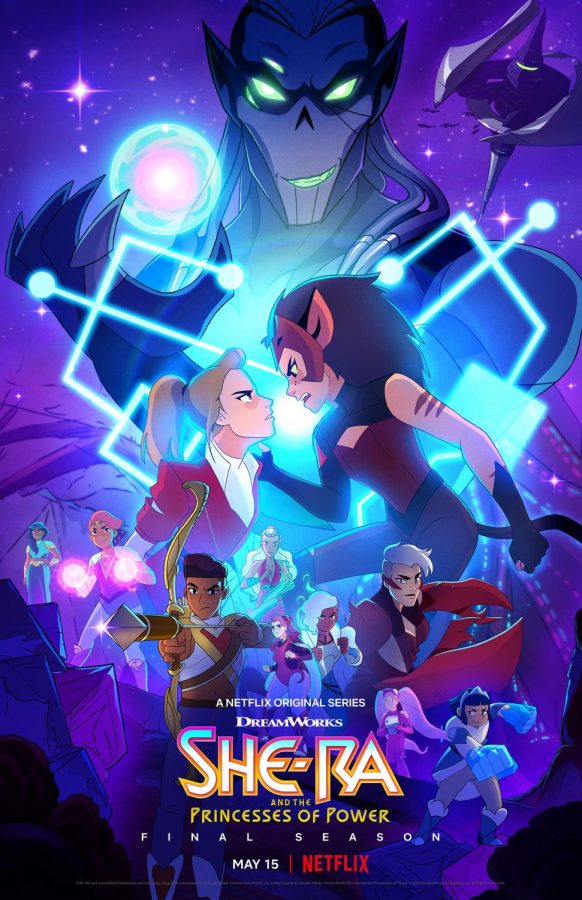 She-Ra and the Princesses of Power is a reimagination by Noelle Stevenson of the 1980s show ‘He-Man’. The story follows the protagonist “Adora as she flees the evil Horde” after which she finds a magical sword “that transforms her into the warrior She-Ra” (CNN) and then Adora promptly leads a rebellion against her former allies. The show explores gender, sexuality, power, and identity, something that most other children’s shows tend to shy away from. The show is similar to Steven Universe which ended in 2019, only a year after the first season of She-Ra aired. For many queer individuals seeking proper representation, She-Ra has become a pillar in queer media and a pioneer in diverse children’s media.

There is something about the way that the show “blurs the line between good and evil in a way that’s incredibly nuanced for what is ostensibly a children’s show” (TheGuardian.com) that gives depth to otherwise irredeemable characters. Not only does the show explore symbolism within characters discovering themselves and finding the confidence to come out to the ones they love, but it is also the story of rebellion against an oppressive and destructive force that feeds off of manipulating a young and desperate protagonist with a concerning hero complex (Collider.com). While the plot of the story revolves around Adora, a victim of the evil Horde who escapes and leads a rebellion, other characters with ulterior motivations and perspectives are included that make this show both a feel-good children’s show but give younger and older audiences a sophisticated angle on issues regarding innocence, manipulation, and identity.

A lot of popular media is subject to queer baiting and the ‘bury your gays’ trope (which sees queer characters disproportionally killed off). Articles such as “All 211 Dead Lesbian and Bisexual Characters On TV, and How They Died” and the 16 “Queer Lady Couples that got Happy Endings” indicate how rarely writers provide queer audiences with happy endings for queer characters (CNN). She-Ra touches none of that and provides audiences with explicitly gay parents for main character Bow, two princess wives working for the greater good, as well as (spoiler!) an authentic kiss between main characters Catra and Adora who have an interesting arc as enemies to lovers that spans the entirety of the show’s five seasons. While this show isn’t for everyone, it is certainly a huge step forwards in both the production and storytelling of animated children’s shows.