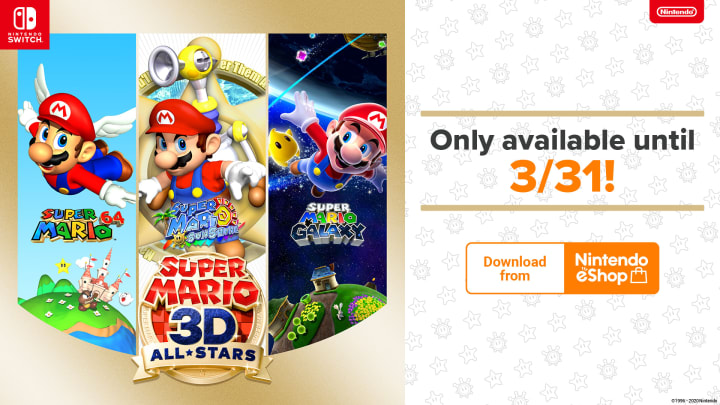 This is an opinion article piece. Nicholas Paragano is a senior at Mendham who writes for Arts & Entertainment. All opinions expressed in the following editorial are his own and do not necessarily reflect the views of The Patriot.

On March 31st, Nintendo delisted Super Mario 3D All Stars from the Nintendo EShop, and stopped sending copies of the collection to physical retailers. Once those stores run out of their copies, the game will be gone. Copies of the game are already selling for thousands of dollars on eBay. Nintendo also delisted Super Mario Bros 35, a digital-only battle royale game. Nintendo is purposely creating artificial scarcity and is essentially forcing a lot of people who otherwise wouldn’t be interested in buying or downloading these games out of a fear of missing out. Here’s why this is a bad practice and why Nintendo should stop doing limited release games.

Firstly, Nintendo seems to put the bare minimum effort when making these limited release games. The prime example of this is Super Mario 3D All Stars. The collection contains Super Mario 64, Super Mario Sunshine, and Super Mario Galaxy. Besides those three titles, there isn’t much in terms of bonus content. There are barely any enhancements to these titles. Sure, it’s nice to have these games on the Switch in one package, but Nintendo is charging full price for a hastily-made collection. Super Mario 3D All Stars released in September 2020 and was only available for six months. Most people, including myself, probably wouldn’t have bought the collection if it was not a limited release. Despite many gamers’ just criticism of Nintendo’s business decisions, they still fell for the FOMO (fear of missing out) fever. After all, this was the first time these three classic games were officially available on the Nintendo Switch, and that fact alone was enough to convince most gamers to buy it, despite the shady limited release strategy.

Secondly, this business strategy is scalpers. For those unaware, a person who resells things such as tickets or shares at a higher price. For example, there are copies of Super Mario 3D All Stars that are selling for prices as high as $10,000. Scalpers will take advantage of this artificial scarcity that Nintendo has created. In fact, this isn’t the first time this happened. In 2016, Nintendo released the NES Classic Edition, a mini version of their iconic NES system that had several built in games. However, they only released a limited amount of these consoles to retailers, and they sold out quickly. This led to scalpers selling the system for several times the amount it was actually worth. It seems Nintendo loves to create artificial scarcity to make their products more appealing to people, even those who will take advantage of said scarcity to scam others.

Lastly, these business practices are flat out anti-consumer. People only have a limited window to purchase these titles, and if you don’t get the opportunity to purchase it within that window, it’s gone forever. Unless, of course, you want to pay hundreds or even thousands of dollars to get it from a scalper. This limited release strategy benefits only the company, as they get as much money as they can in the release window (for example, Super Mario 3D All Stars sold over 8 million copies during the six months it was available), while the consumer scrambles to buy it in that timeframe. The limited supply means that when it sells out even easier, making it even harder to get. Any way you slice it, it’s anti-consumer, and that’s a problem that Nintendo has unfortunately been struggling with in recent years.

With all this being said, I think Nintendo should stop the anti-consumer practice of limited release games, as it hurts the consumer and only benefits scalpers who scam people out of their hard earned money. Nintendo makes excellent products, but their limited release format only makes most people want to buy these products out of FOMO, and not of genuine interest, which is truly a shame.