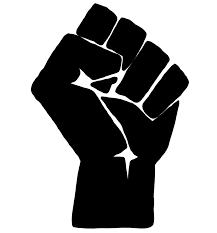 As a new concern for inclusivity at Mendham has been brought to the attention of staff and students, the Progressive Prospectives Club was created at the beginning of this school year for that purpose. The issues regarding racism and the increasing activism for the Black Lives Matter movement in 2020 demanded change not only for the nation as a whole, but for individual communities like Mendham. The purpose of this club is to raise awareness to the prejudices of minority groups and bring attention to the issues at Mendham that are caused by one’s differences. Not only does this club talk about the problems that need to be fixed having to do with the behavior of staff and students, however this club encourages appreciation for all identities.

Additionally this club addresses the problems in the Mendham community itself involving acceptance, however the leaders of the club start discussions on how students can be a better ally. Meetings are held often through google meet in which anyone can join and discuss what they would like for the topic of the week. Vice President of the club, Mirabelle Pierre-Louis mentions that “we talk about current events and why it is so important to stay an informed citizen”. Next week there will be a meeting held to talk about anti-Asian-American sentiment as it is a recent issue that should be addressed. Topics from past weeks included the acceptance of those a part of the LGBTQ+ community as well as racism that not only occurs on the daily but through the educational system as a whole. Mirabelle states that “especially in a town that lacks diversity it is important to go over the lack of inclusion going on”.

Because of the pandemic, it is difficult to hold events that would usually take place that would provide open discussion and fundraising for organizations that support marginalized communities. However the leaders of this club plan on potentially doing a speaker series in the spring that will provide insight on the ideas of tolerance and inclusivity. A website for these important discussions is hopefully going to be created soon by the leaders of the club, Mirabelle Pierre-Louis, Lana Porter, Alex Kelly, Nicole Salem and Angelica Castro.

Mirabelle Pierre-Louis states that “especially with what was going on with Black Lives Matter, it was an eye opening experience that therefore inspired a club that could create a safe space for people of all identities”. As the year goes on, the Progressive Perspective club hopes to create necessary change to the Mendham community by educating others and establishing inclusivity to all students.