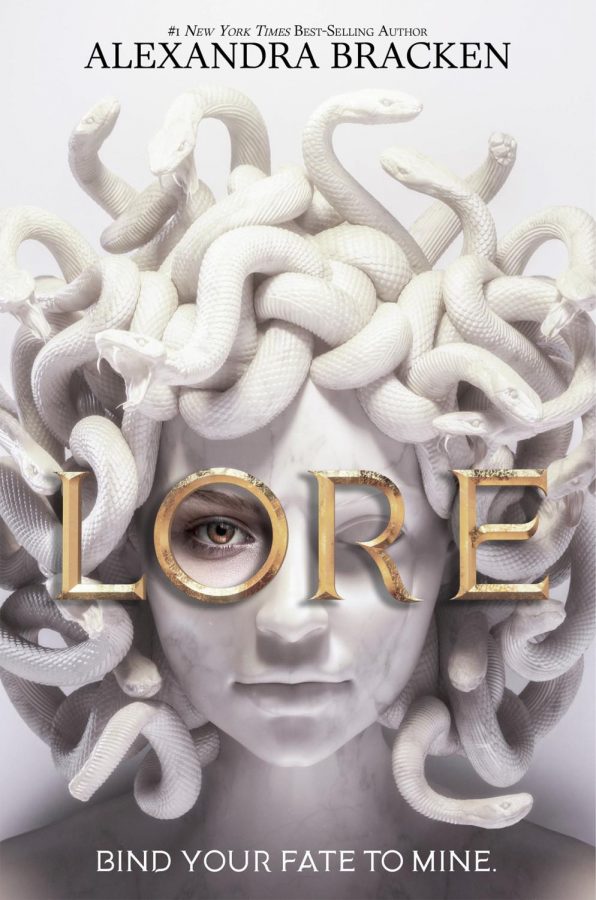 *Warning! This article contains spoilers to Lore by Alexandra Bracken*

As someone who grew up reading the Percy Jackson series, I am a huge fan of any book that involves Greek mythology. When I saw people talking about Lore by Alexandra Bracken, and heard it had greek mythology, I knew I needed to pick it up and give it a read.

Going into this book, the only thing that I knew about it was that it 1) had greek mythology and 2) reminded people of The Hunger Games by Suzanne Collins which are two of my favorite things so I had a feeling that this book would not disappoint and boy was I correct about this assumption.

To give a quick synopsis, every seven years the Agon begins. This is a hunt that was created to punish nine Greek Gods who rebelled and when the Agon begins they are forced to walk the earth as mortals and are hunted by ancient heroes’ bloodlines who want their power. We follow Lore Perseous as she tries to escape this cruel world after her entire family has been murdered but she wants revenge for the man who killed them. As the new Agon cycle begins two people reach out for Lore’s help, an old childhood friend Castor who she believed to be dead, and Athena. The goddess offers Lore an alliance to help kill the murderer of her family and now Lore is thrown back into the craziness that is the Agon.

This was probably one of my favorite books that I have read in a long time. It is so attention-grabbing and hard to put down. This book is centered around Greek mythology and as someone who has an interest in it but not an expert, this book was very easy to follow. The book has pages with who is who and I found myself at times looking up the myths about these characters and it was very interesting and fun to learn more about these Gods and heroes.

I will warn that this book is EXTREMELY violent and graphic. There were many times while reading that I had to put the book down just because of how gruesome it was but this definitely adds to the story that Bracken is trying to tell. When reading about Lores’ family being murdered and how horrific it was, it was very hard to read especially since we knew that her sisters were just innocent children.

I really enjoyed all of the characters and how they interacted with each other. I loved the friends-to-lovers trope that we see through Lore and Castor and their being childhood friends made it even cuter. Their relationship is really awesome and you find yourself rooting for them the entire time. I also loved how Van(Castor’s cousin) and Miles(Lore’s friend) ended up together. That was definitely an easy one to pick up on but it’s still adorable.

The best part of this book is the plot twist. We see Lore and Athena working together throughout the entire book and trusting each other but Lore especially trusted Athena. When we find out that Athena is just using Lore to get the aegis and that she was actually the one who killed her family was an incredible plot twist. Even though it did hurt to find this out, I feel like Bracken really understood the Greek Gods and how they would act, and this exactly how Athena would act.

This is truly an amazing and interesting read that everyone should read at least once. I am saddened to learn that this was a standalone novel and that there won’t be a sequel but who knows? Maybe we will get more of Lore in the future!