Can Someone Tell Mitch McConnell That Actions Speak Louder Than Words? 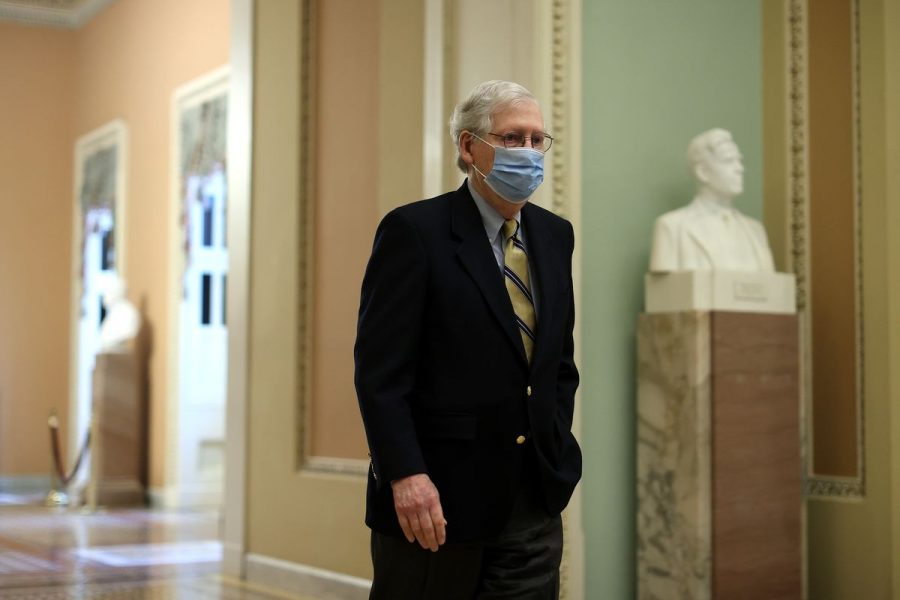 This is an opinion article piece. Ana Clara Monaco is a sophomore at Mendham who writes for School and Global News. All opinions expressed in the following editorial are her own and do not necessarily reflect the views of The Patriot.

In a blistering diatribe against Donald Trump’s incitement of the infamous Capitol riots, Senate Minority leader Mitch McConnell said the former president was “practically and morally responsible”. “The leader of the free world cannot spend weeks thundering that shadowy forces are stealing our country and then feign surprise when people believe him and do reckless things,” McConnell declared minutes after voting in Trump’s second impeachment trial. The riots were wholly and inexcusably his fault, as the Senator made clear to the American public on February 13. But when the moment came to hold Trump accountable for these crimes, the most influential Republican in Washington claimed his hands were tied. He voted to acquit.

Two weeks after the Senate voted on the trial’s constitutionality– having reached the 56-44 conclusion that the proceedings were indeed legally and morally correct– the members voted 57-43 to acquit the former president on a charge of incitement of an insurrection. Mitch McConnell, moments after voting to pardon the accused of all indictments, stood on the Senate floor and delivered a scathing speech detailing Trump’s flagrant “dereliction of duty”; he chanted insults, criticisms, and accusations at the former president from his glorified podium, yet failed to execute the sole action that truly had any power: vote to convict. Claiming he reached a decision after intense reflection, McConnell chalked up his vote to a matter of the Constitution’s ambiguity: “I believe the Senate [cannot] grab power the Constitution doesn’t give us.” He argued that Trump, having been removed from his position as President and returned to private citizenship, is constitutionally ineligible for conviction– although admitting the matter to be a “close question, no doubt.” He vaguely alluded to scheduling decisions made by Speaker of the House Nancy Pelosi that supposedly deprived the Senate of jurisdiction in the trial, although completely omitting his own refusal to conduct an emergency Senate trial before Biden’s inauguration. Any attempt to hold the trial before January 20, he claimed, would have been “some light-speed sham process to try to outrun the loss of jurisdiction”; essentially, the situation was a catch-22. McConnell has received immense criticism for his hypocrisy, which the Democratic party has characterized as a classic McConnell tactic: to create a politically expedient situation then insist that this situation left him no choice but to do what originally suited his agenda and intentions.