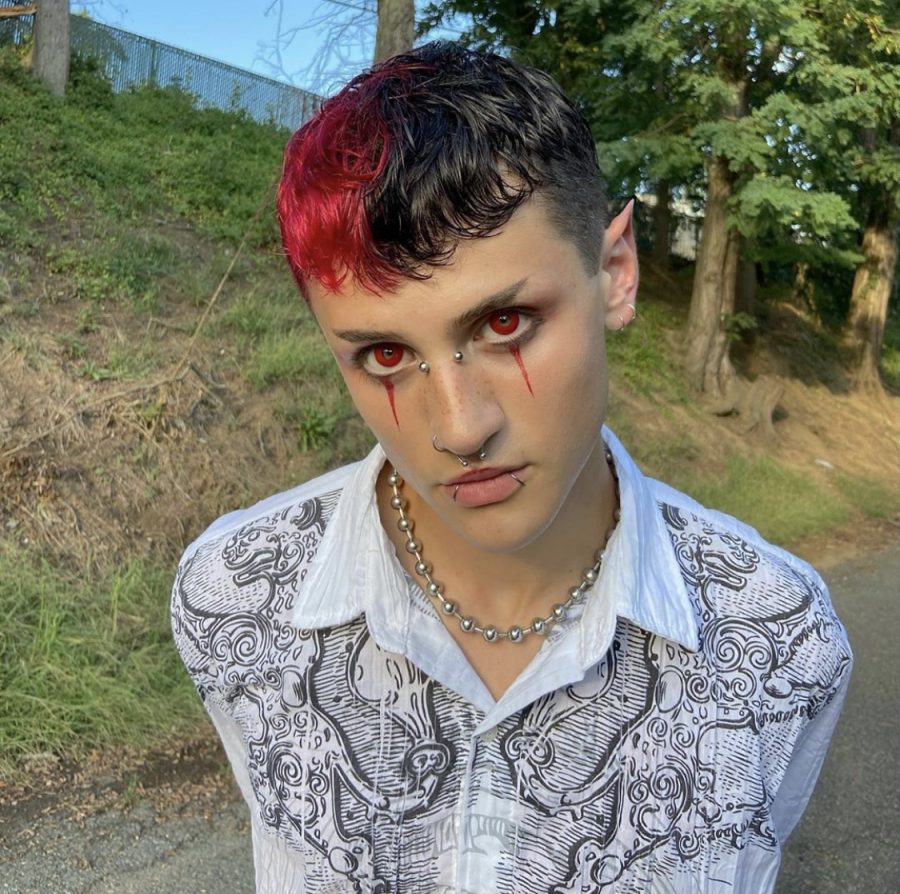 Alex Kelly is currently a senior at West Morris Mendham High School.  Kelly is an active member of the Friends and Buddies Club, Progressive Perspective Club, Diversity Committee, and is the one of the leaders of Tax Club.  He is also a captain of the boys cross country team.  Beyond this, Alex Kelly is an artist.  He began his journey as a sophomore in high school with a natural talent not many possess.  Kelly did not have any background in the principles of art before this, so he had to learn along the way.

Kelly expressed that his art does not reflect his personality.  He describes himself as “bubbly and outgoing” in contrast to his art that is more “gory and twisted”.  His favorite piece is a self portrait titled “Talk to Me Nice”, with his main influences are Frida Kahlo and Fernando Botero, contributing to his unique artistic style.  Kelly’s main message from his pieces, as well as in his personal style, is to push acceptance and “get rid of gender stereotypes”.  He believes “this is why it is important to be [his] true self.”

Kelly certainly marches to the beat of his own drum and serves as an inspiration for others to do the same.  He does not just spread his influence around school.  Kelly has over 220k Tik Tok followers who share the same passion for the gothic, standout clothing that he sports on the daily.  Although having such a large platform is a lot of fun, the responsibility doesn’t come lightly.  When asked what he uses his platform for he stated, “I also use my platform to elevate minority voices whether it be on the BLM movement or political information[.]  I think it’s most important to use my privilege and following to really make a change in this country.  I share a lot of petitions and information on my social media and I’m glad it has such a large reach.”

Nate Schoenbrodt, a close friend of Alex’s, described him simply as “down to earth”.  Schoenbrodt also went on to share an anecdote of the first time he witnessed Kelly’s talent, “his first piece of art was a sketch of Mr. Hamblen [and he] was shocked and surprised at how lifelike it was.”  Looking back, he realized that the talent exhibited in the sketch was just another reinforcement of Kelly’s ability to express himself, “whether it’s in fashion, art, or just daily interactions”.