Why Justin Amash Absolutely Should Not Run in 2020 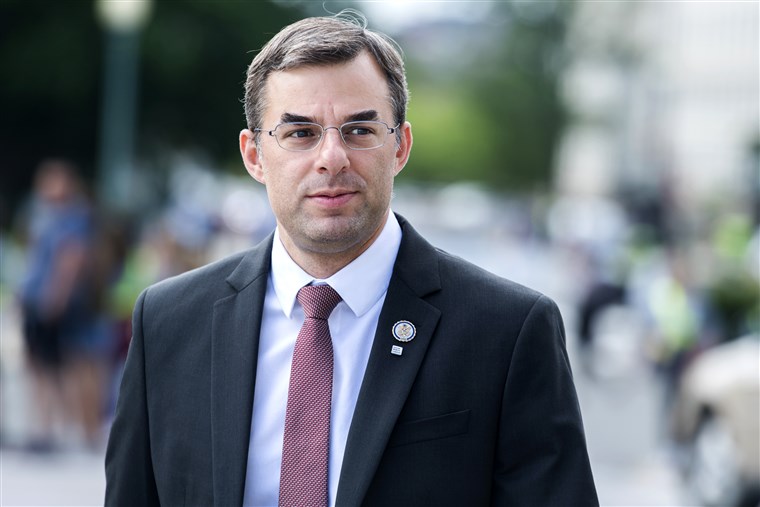 *This is an editorial and the feelings and attitudes expressed in this do not represent that of Mendham HIgh School as a whole.

Saturday, May third, marked the day when Donald Trump told Fox News reporters Bret Baier and Martha MacCallum that he had, “done more than any other president in the history of our country,” while speaking in a uniquely structured town hall designed to reduce the risk of spreading coronavirus which happened to be held directly under the Lincoln Memorial in Washington. This meeting was intended to cover the impacts and planning surrounding the coronavirus pandemic, but instead devolved into what was essentially a two hour long clip of him telling us how great of a leader he was, citing his creation of the spaceforce and his progress combating terrorism.

This, if nothing else, is just one instance in a colossal list that demonstrate the utter incompetence of the current president.

This is why many, many Americans want Trump removed from office, with many polls indicating Biden is up slightly nationally, as well as in key swing states.

Of course, there are still large numbers of people in this country who don’t view Trump as a failure, and would much rather see Trump win the general election, come november. Many criticize Biden as too old, citing his many slip-ups in conversation, calling him a “do nothing democrat,” and, most recently, guilty of two counts sexual assault based off of unsettled accusations (despite many accusations of the same thing towards Trump).

This is where Justin Amash comes into play, a newly-identified libertarian who is vying to run in the general election as a third-party candidate.

The only catch: it is essentially impossible to win the election, let alone receive any electoral votes at all.

To fully explain why this is, we must look at how American Presidential elections are held.

It is important to note that winning more votes than the other candidate does not determine the winner. Instead, the winner is picked by the “Electoral College.” In 48 out of the 50 U.S. states, this state-based system is winner-take-all. What this means is, if someone gets 51% of the California vote, for example, all the Californian electoral votes would go to the winning candidate, and none to the loser. This means that to receive any electoral votes at all, one must first win the majority of the votes in a specific state, something that is incredibly unlikely considering our rigid two party system.

American political scientist Amanda Skuldt said of the situation regarding our two political parties, “In such a system, all a party needs to win is more votes than the other side. That winner-takes-all nature of single-member districts encourages broad coalitions to form before elections. The odds of a party winning such elections are much higher if only two parties exist, enabling each side to work to bring as many people to its side as possible.”

Focussing on recent history, perhaps the case of Ross Perot’s third-party campaign is the most effective at explaining the drawbacks of running as a third party. Despite receiving a significant 18.9% of the popular vote, Perot walked away with not a single electoral vote, due to his inability to win a majority of votes in any of the states.

If this is true, and Amash recognizes it, then what sense does it make to run at all? To figure this out, we must learn about Justin Amash.

Amash has throughout his career demonstrated and established his views as a small-government conservative, up until around last year when he left the Republican Party. During this time he was a vocal critic of president Trump and even voted against party lines to support the impeachment of the president. Amash often cited the two-party system in the United States as systemic corruption, forcing people to align with movements that most likely do not fully represent their personal values.

Amash will likely target younger voters and those generally unhappy with either candidate, Biden or Trump.

Tim Alberta, the Chief political correspondent for POLITICO, had an opportunity to sit down with Amash and get to hear from his perspective; why he is alright with entering the race with such divisive candidates and risking splitting the vote. “You just can’t overstate just how miserable he thinks either one of these outcomes would be. Whether it’s another four years of Donald Trump, with the disregard for constitutional norms, with the everyday poisoning of the discourse in America, with the abuses of executive authority that he sees, Amash would be absolutely miserable with another four years of Donald Trump.” Alberta said. “But just because he would be miserable with another four years of Donald Trump, does not mean the grass is greener with Joe Biden. Yes, Joe Biden would be more of a statesman. At a policy standpoint, when you get into issues of taxation, and regulation, and obviously judicial appointments, you could make an argument that Joe Biden’s presidency could be even worse for Justin Amash, it would make him even more crazy. Once you understand that Amash views this as basically a choice between poking out your left eye, or poking out your right eye, then he thinks, ‘well what the hell i’m going to be miserable anyways.’”

So why does any of this matter when Amash is almost certain to receive no electoral votes? It matters because Donald Trump is an atrocious leader. Another four years with him would permanently stain America’s Reputation as a leading world power.

Amash could very realistically affect the results of this upcoming election. In the 2016 election, Hillary actually won the popular vote by nearly 3 million, yet still lost the electoral vote. This demonstrates just how crucial it is that every possible vote against Trump is directed at only one candidate, rather than two. Amash would pull votes from those voters dissatisfied with Trump, effectively making it easier for Trump to secure another presidential term.

Justin Amash, please do not run for the presidency.