The Live Polio Vaccine is Causing a Polio Outbreak 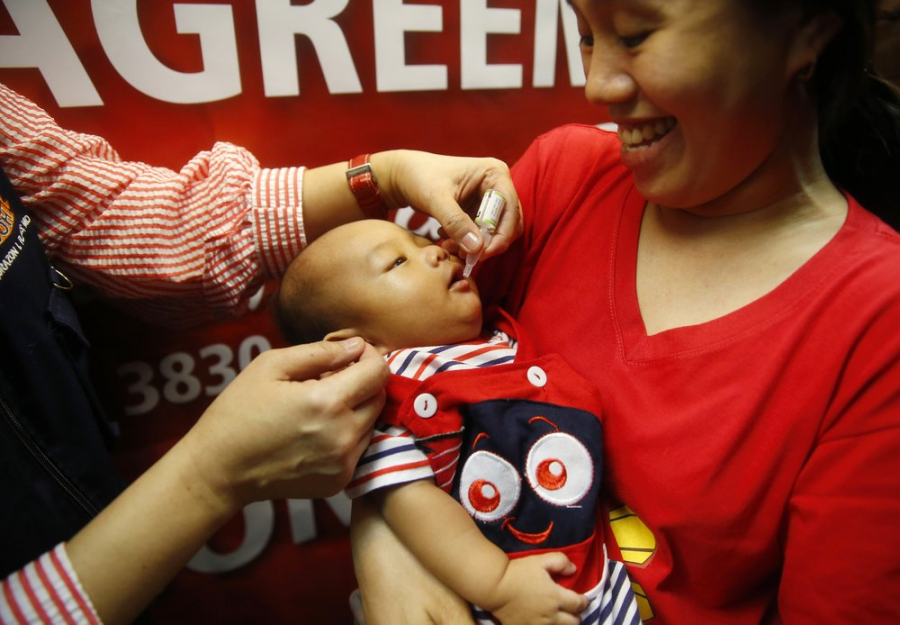 A baby in the Philippines gets inoculated against polio with a live vaccination.

Polio is an incurable disease that can lead to paralysis and can sometimes be fatal. Last month, the World Health Organization announced that two out of three strains of polio had been eradicated.

However, new data indicates that there is a setback in the fight against polio. Polio has been reduced to only a few cases worldwide. Today, polio exists mainly in Afghanistan and Pakistan. According to the University of Minnesota’s Center for Infectious Disease Research and Policy, in 2019, there have been 94 reported cases of ‘wild’ polio. ‘Wild’ refers to polio cases that are not caused by the polio vaccine. There is a new type of polio on the rise: vaccine-derived polio.

One of the vaccines used to prevent polio, a live vaccine that is used outside of the US, is causing some people to contract the disease. A live vaccine uses a weakened form of the living virus to innoculate the patient. This makes it cheap and easy to administer in large numbers. The oral vaccine is used mostly in low or middle-income countries because it’s so accessible. The vaccine itself is not directly causing polio. Polio, in this case, occurs when some of the vaccine mutates, regains strength, and then spreads throughout the community. These vaccine-linked cases cause more incidents of paralysis each year than non-vaccinated cases. According to the CDC, vaccine-derived polio is most common in Africa and Asia.

In the US and other wealthier countries, this is not an issue as the vaccine administered in injectable. The virus is dead and therefore does not cause polio. It isn’t as viable a solution in developing countries because the vaccine needs to be given four times between the ages of 2 months and seven years and administering the drug and getting access to the drug is a major issue as there is not enough of this vaccine to innoculate all children around the world.

The CDC and other organizations are currently working with the health ministries of countries suffering from vaccine-derived polio to identify instances of the disease in an effort to put an end to the outbreak.